The Westside Natatorium is a Quality Of Life project that provides El Paso, Texas with the city's first 50 meter-competition Natatorium facility. The new Natatorium is situated in West El Paso alongside an existing aquatic facility with a direct connection between two pool decks so that both facilities can be used in conjunction for competitive meets.

In*Situ began the design process by engaging the public in a series of meetings where the public could participate in the design process. Real time interactive voting was used as a tool to solicit input at the first public meeting. Using the feedback received in the electronic voting process, In*Situ developed a charrette style design exercise for the second meeting where the participants could assemble their ideal pool within a given budget. This valuable exercise informed the design process as In*Situ developed the final conceptual design.
​
The Natatorium houses a new 50 meter by 25 yard pool with three depths along its length to accommodate competitive timed swimming, water polo, and programmed swimming events. The building takes advantage of its site by orientating large expanses of glazing directly from the pool deck towards the panoramic view of the Franklin Mountains while bringing desirable indirect daylight into the Natatorium from its north-east orientation.  In*Situ designed the Natatorium to include many contemporary architectural details including: Through the City of El Paso Museum and Cultural Affairs Department's public art program, the In*Situ team collaborated with the internationally acclaimed artist and architect Marc Fornes (theverymany) to incorporate a major public art component into the architecture itself – framing the entrance to the building with a sculptural canopy entitled “Marquise”.  As In*Situ was finalizing the conceptual design for the project, firm founder William Helm, AIA participated in the artist selection panel that resulted in the selection of Marc Fornes for the public art component.  Helm and design principal Edgar Lopez, AIA immediately recognized the opportunity for Marc’s work to provide the shade canopy over the main entrance and collaborated with theverymany studio to realize this vision for a public art installation that was integral to the design of the building.  In*Situ deliberately kept this west facade of the natatorium understated to provide a neutral palette where Fornes’ work would be situated.  This played naturally into the architect’s strategy of protecting the west facade from the unrelenting afternoon desert sun.  The Westside Natatorium was completed and open in April of 2018.
​
Client:  City of El Paso, Parks and Recreation Department
Architect of Record:  In*Situ Architecture
Public Art Installation:  Marc Fornes, Theverymany
Contractor:  Arrow Building Corp.
Final Construction Cost:  $12,930,030 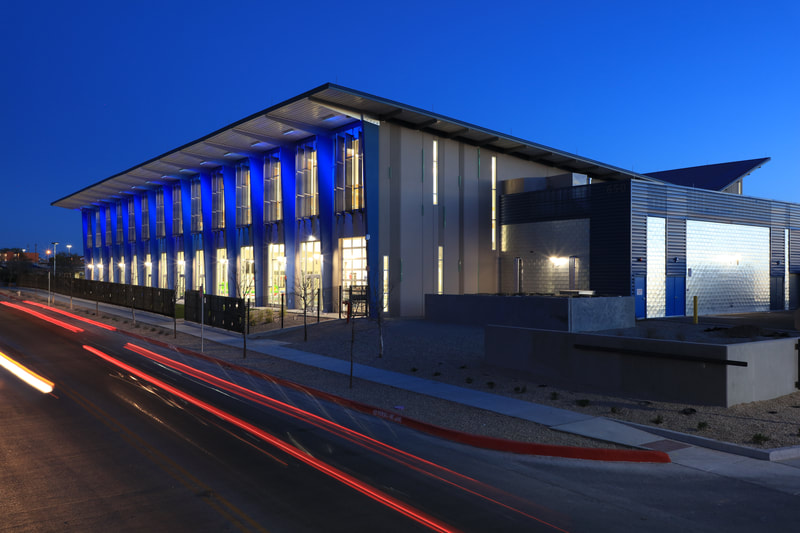 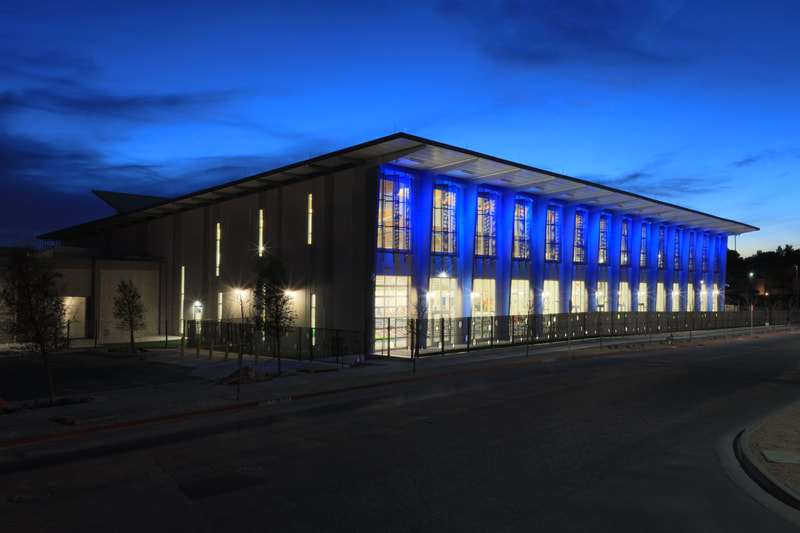 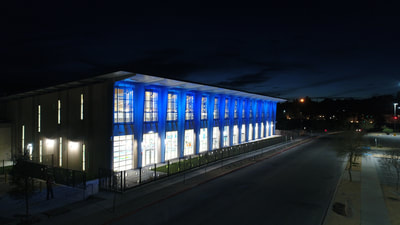 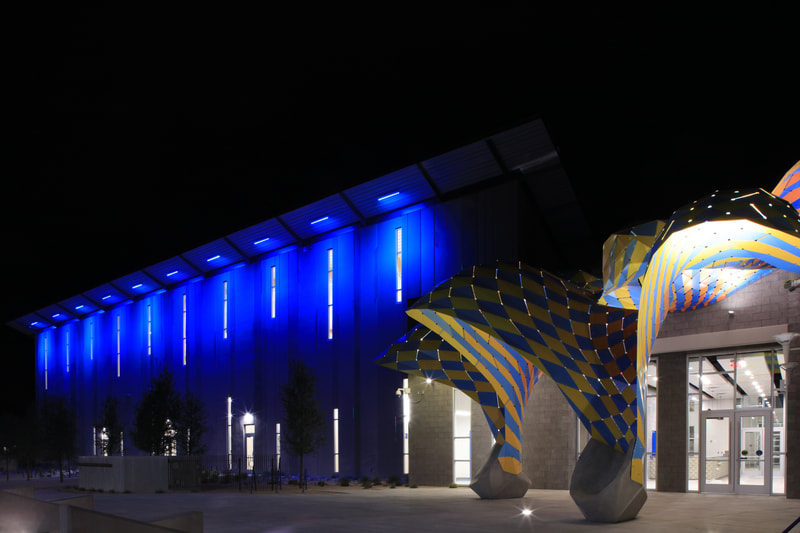 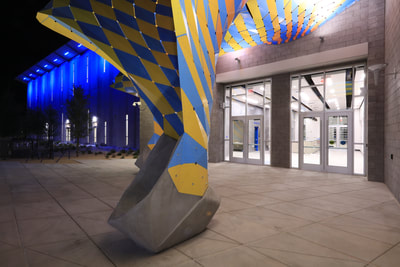 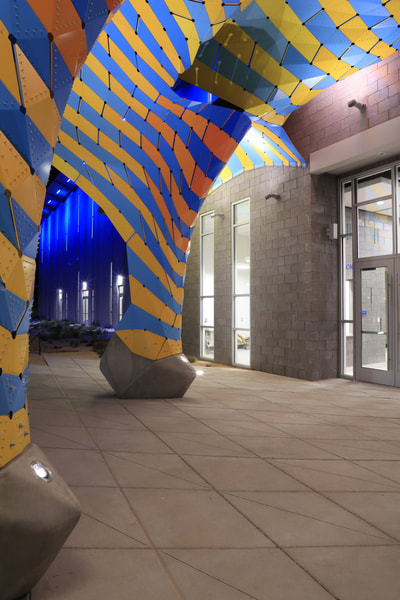 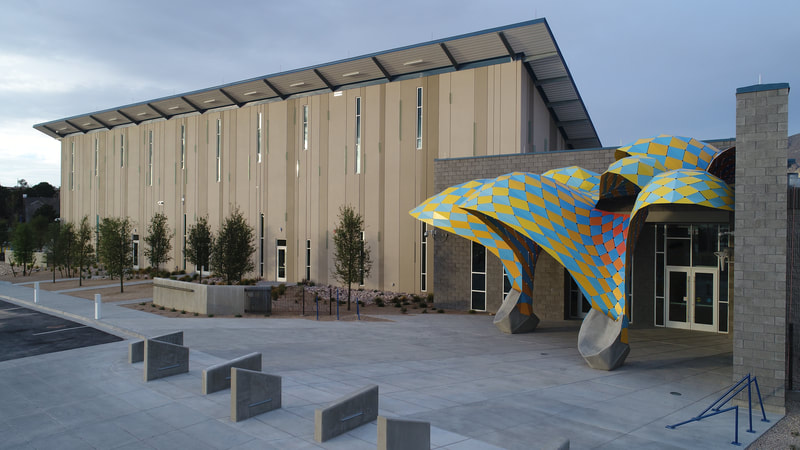 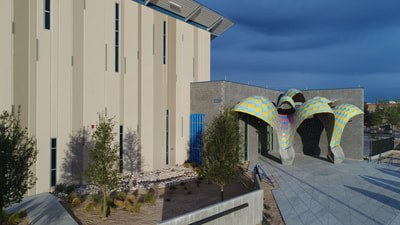 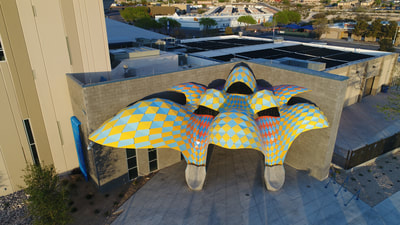 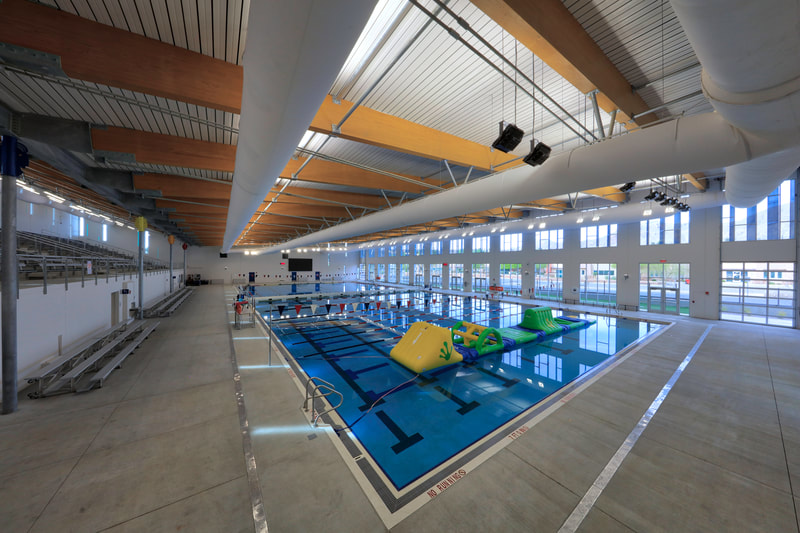 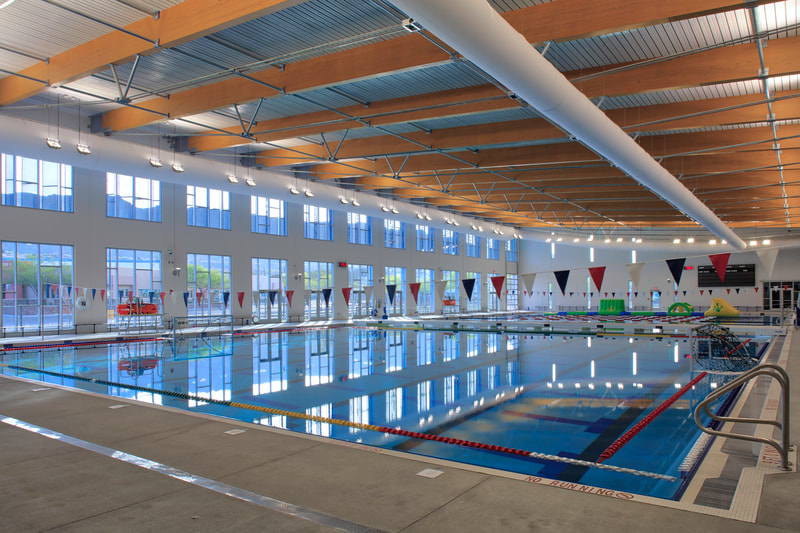 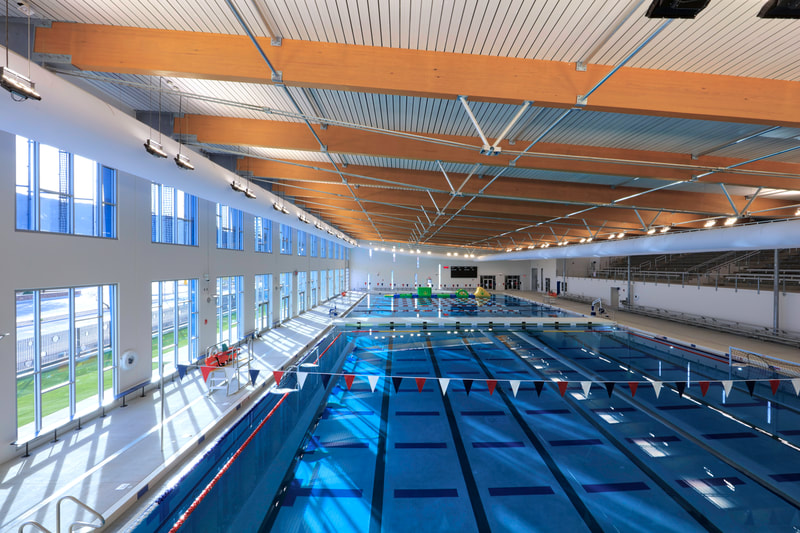 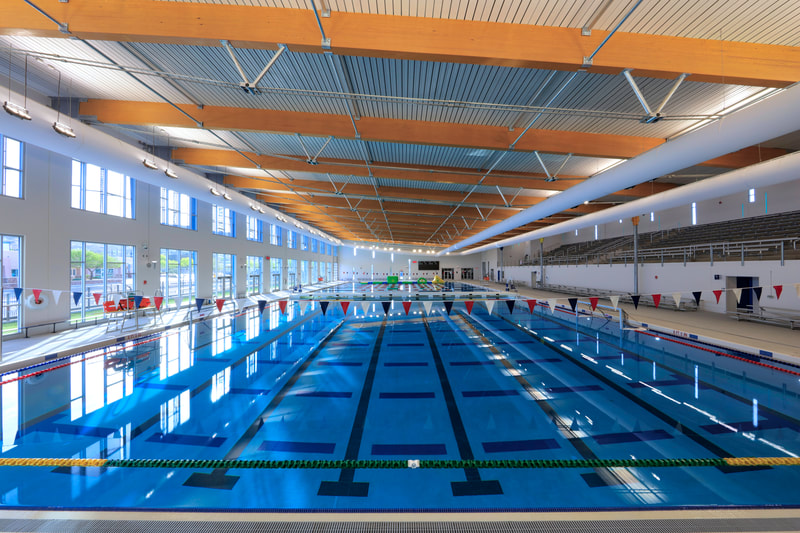 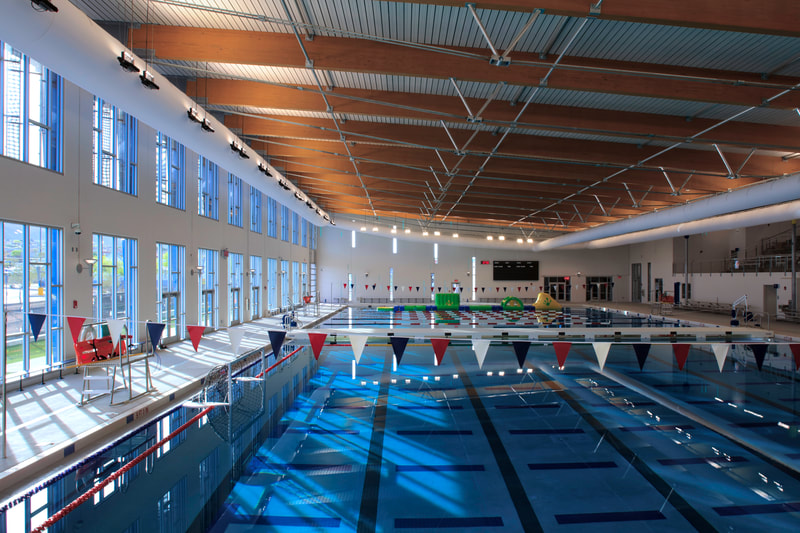 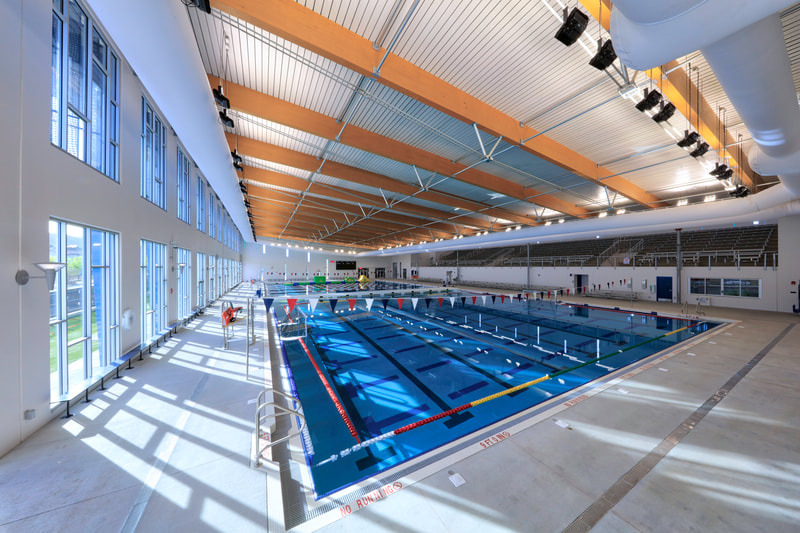 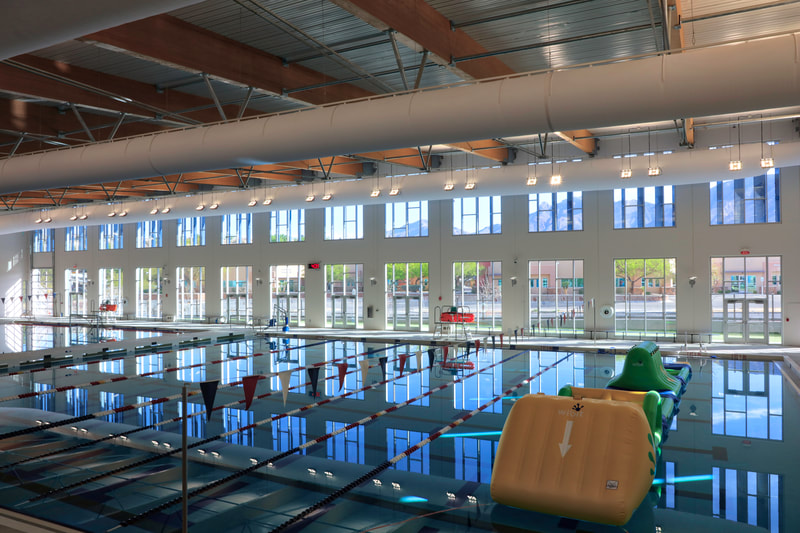 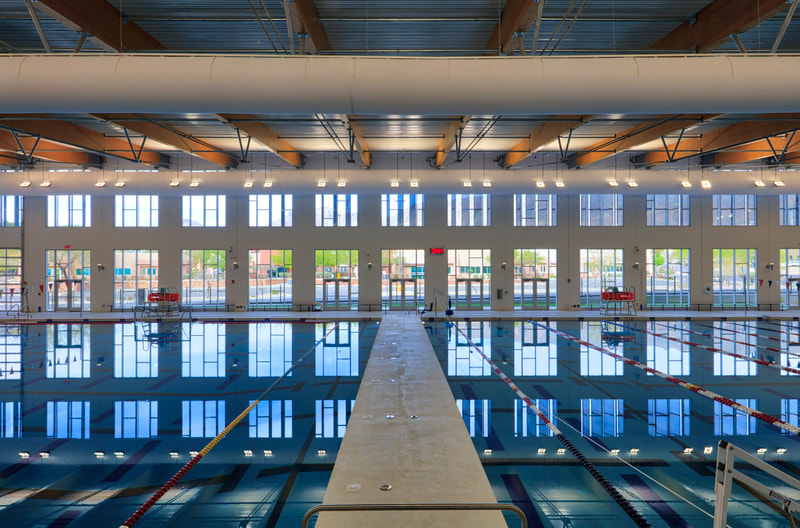 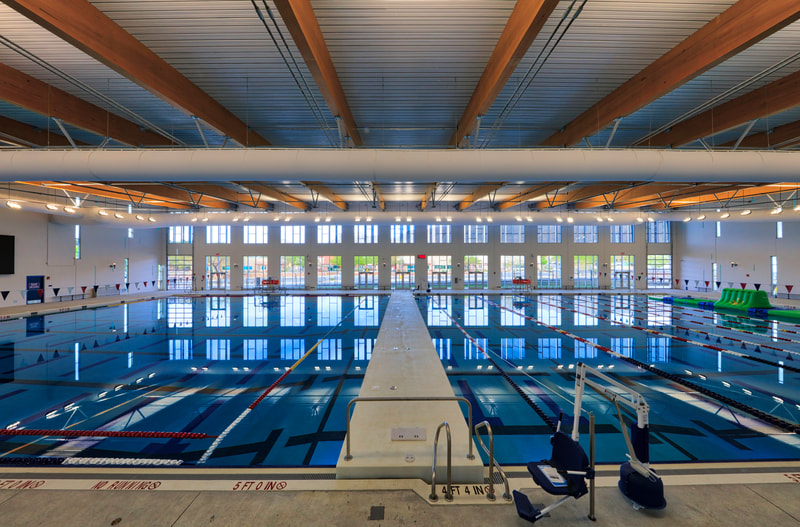 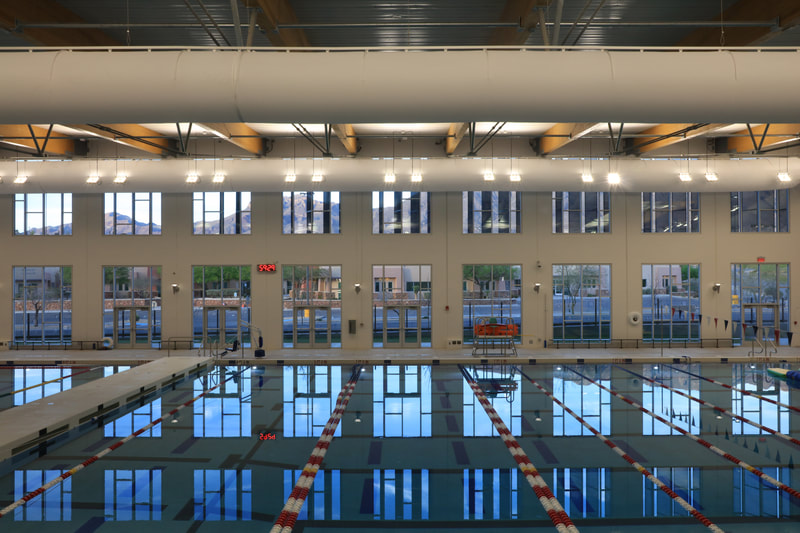 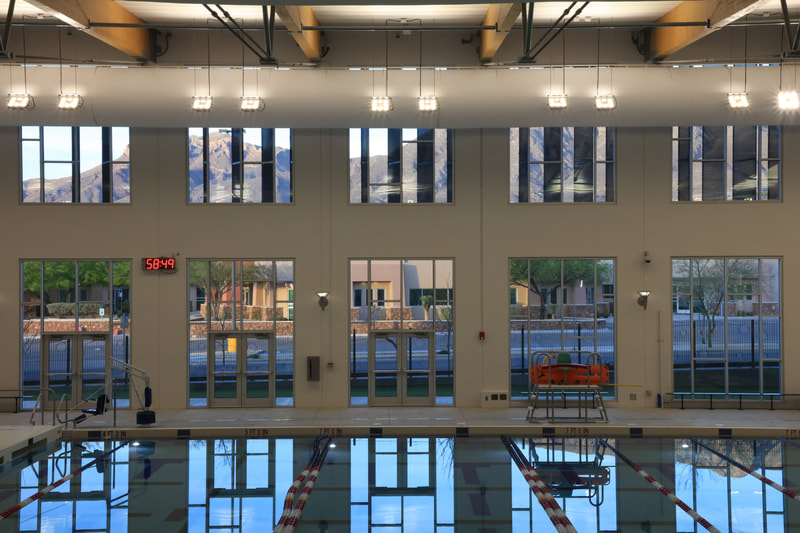 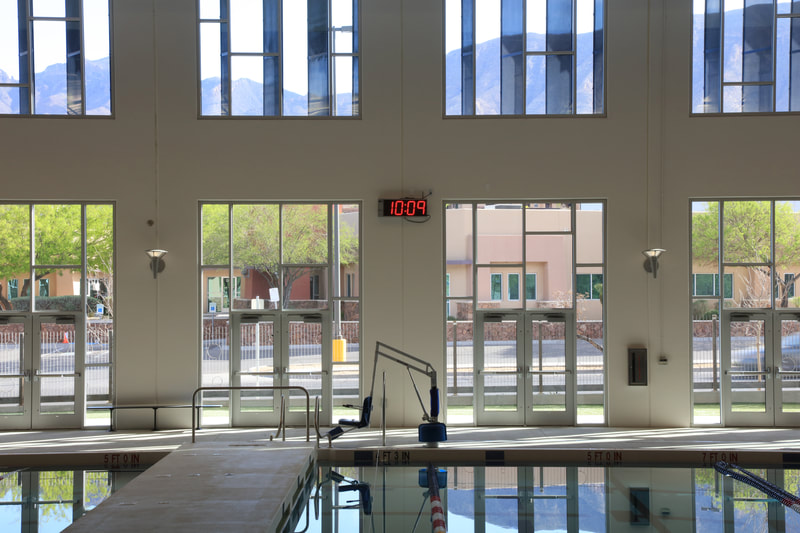 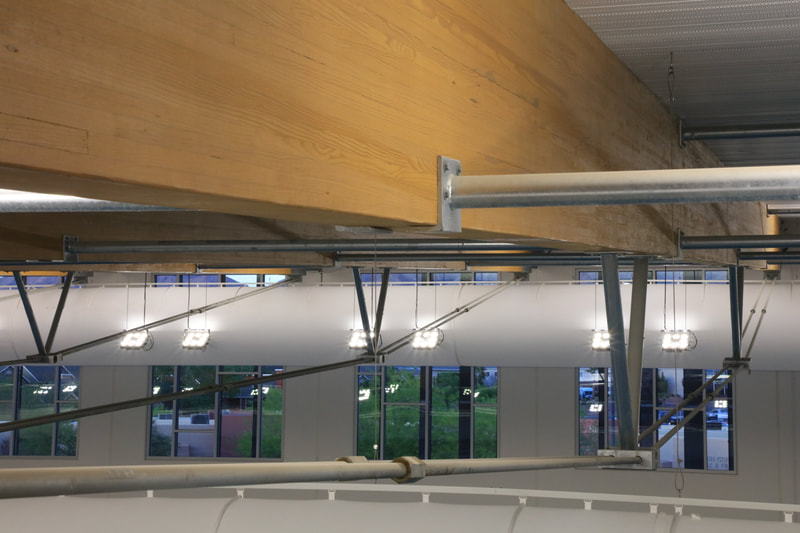 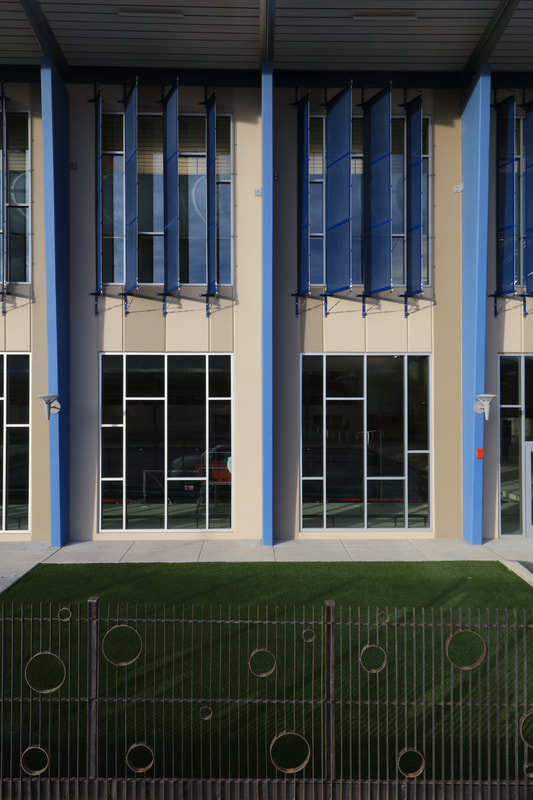 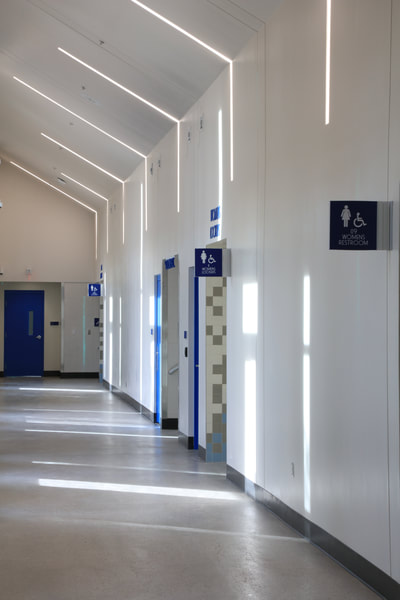 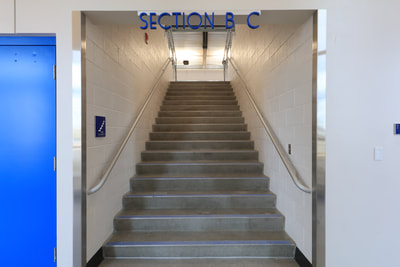 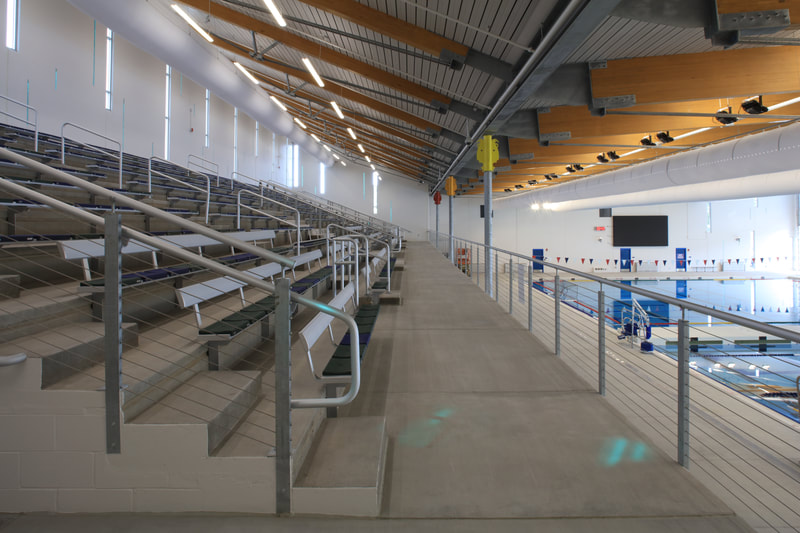 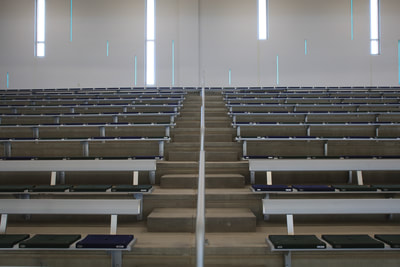 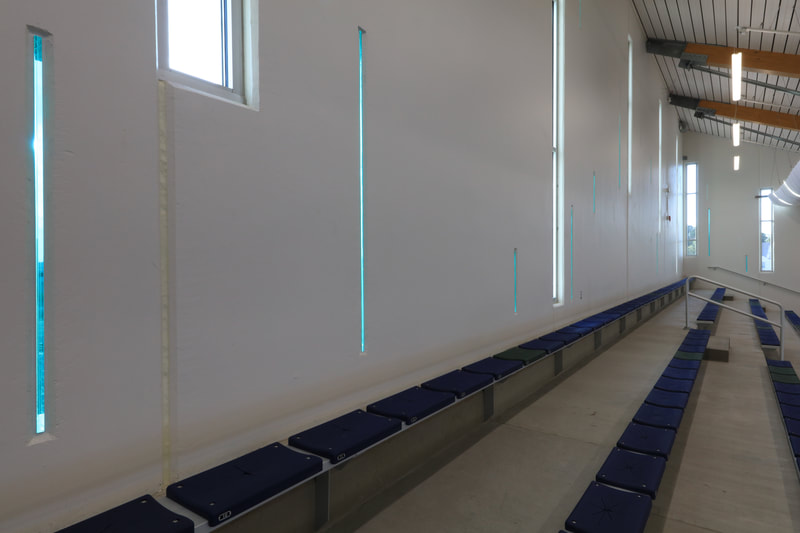 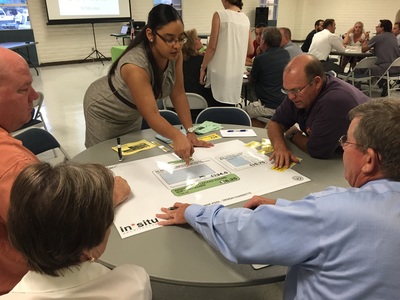 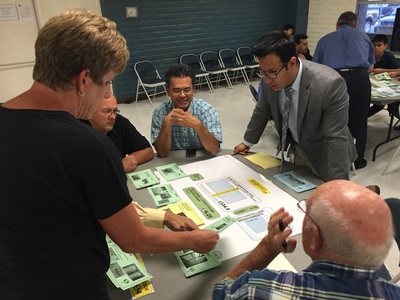